Ranked 19th for funding per pupil from Welsh Government for schools budgets, down from 18th in 2019–20

How has this changed over time? How does Bridgend compare to other local authorities? 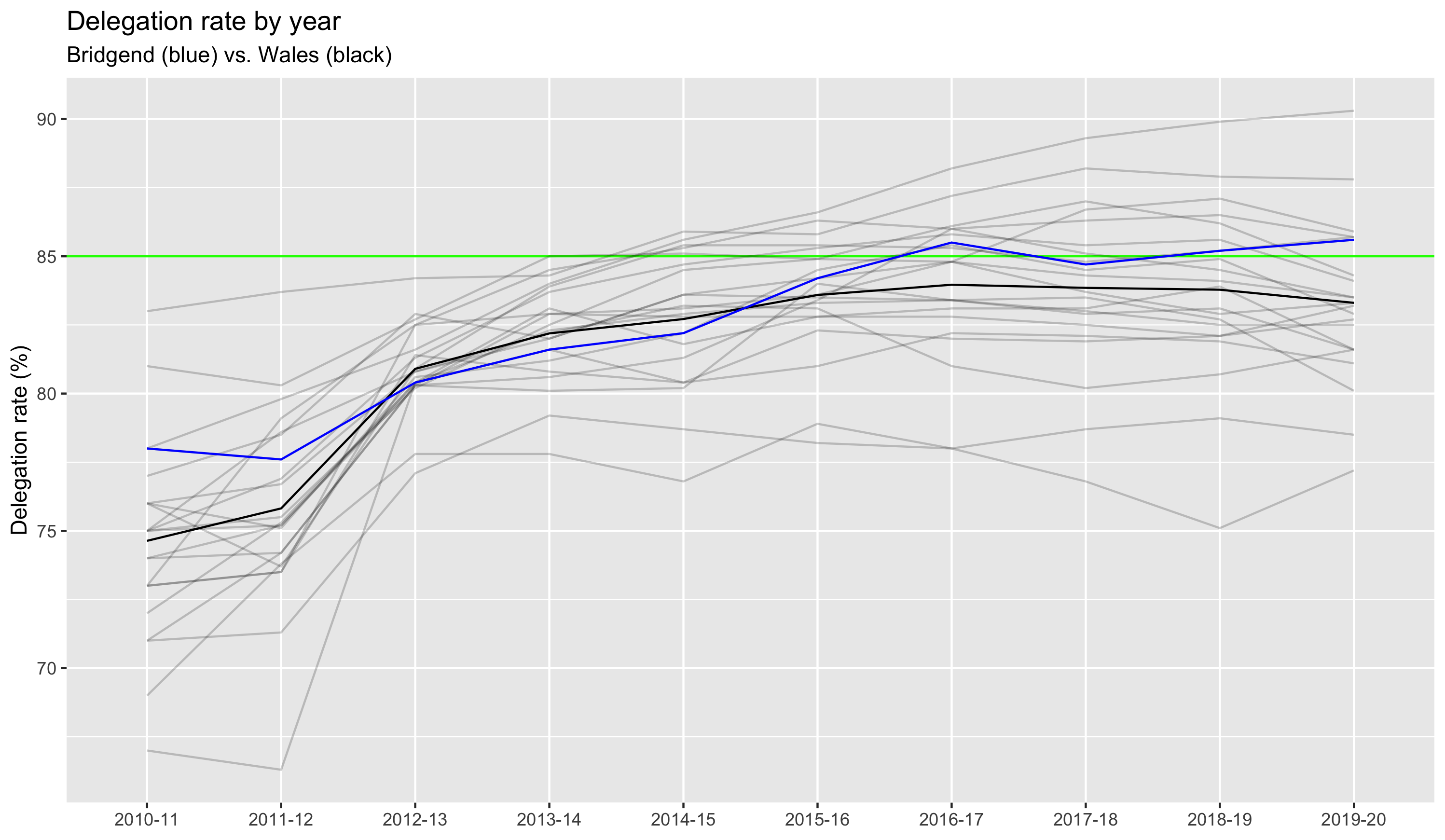 Per pupil funding of schools in Bridgend

Ranks 15th in 2019–20 for average delegated school budget per pupil for all school types. 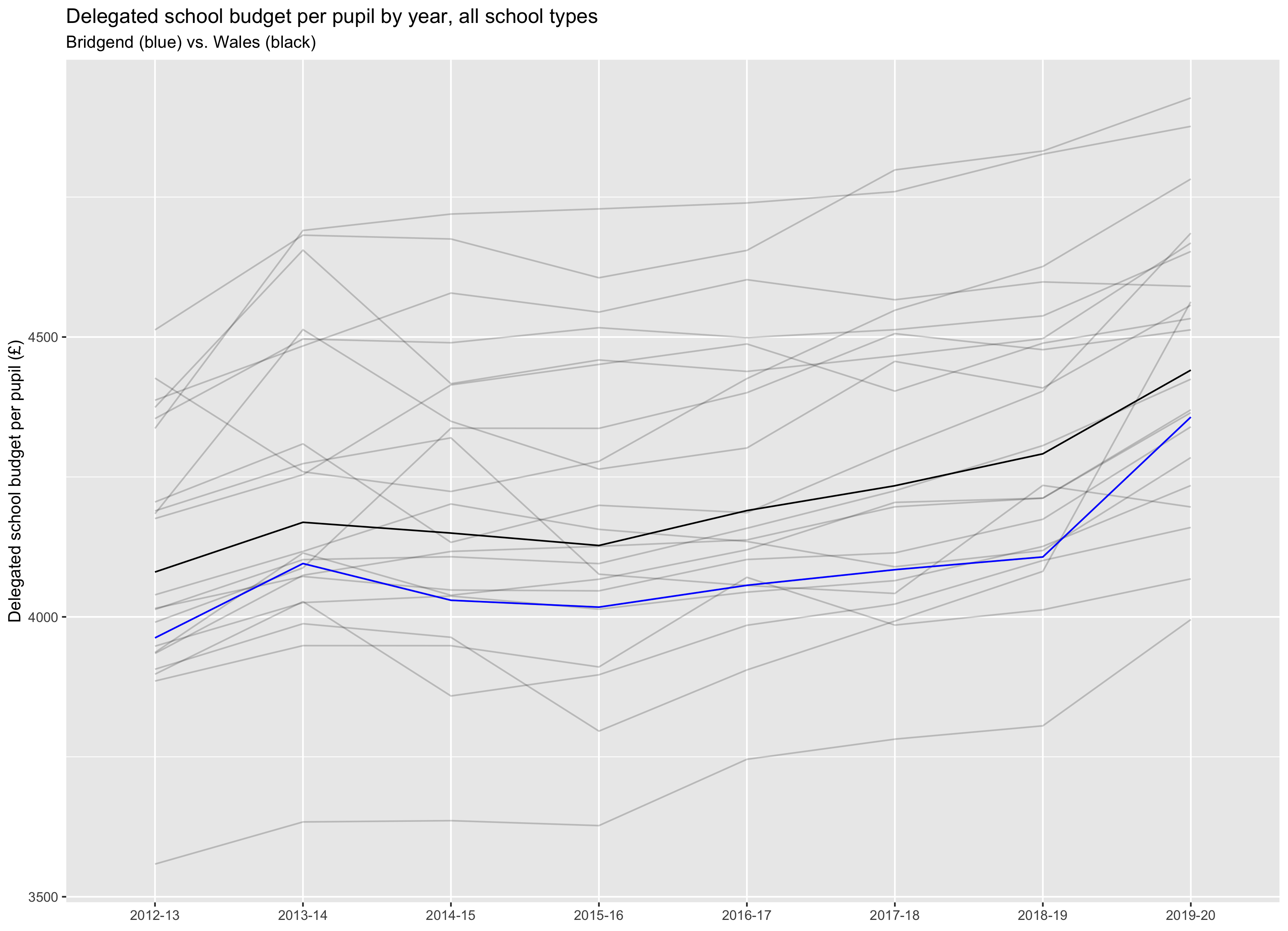 Ranks 20th in 2019–20 for average delegated school budget per pupil for primary schools. 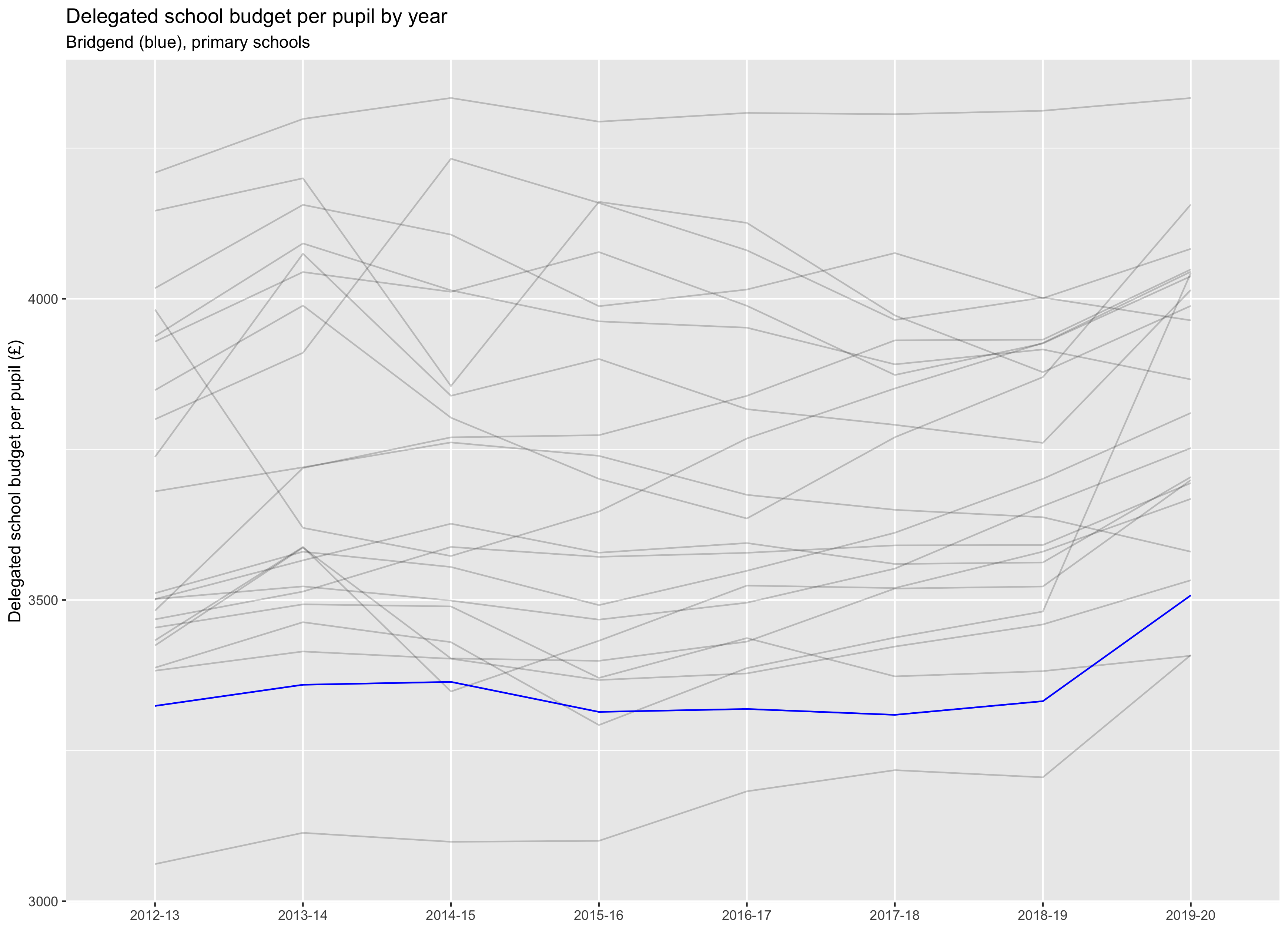 Ranks 14th in 2019–20 for average delegated school budget per pupil for secondary schools. 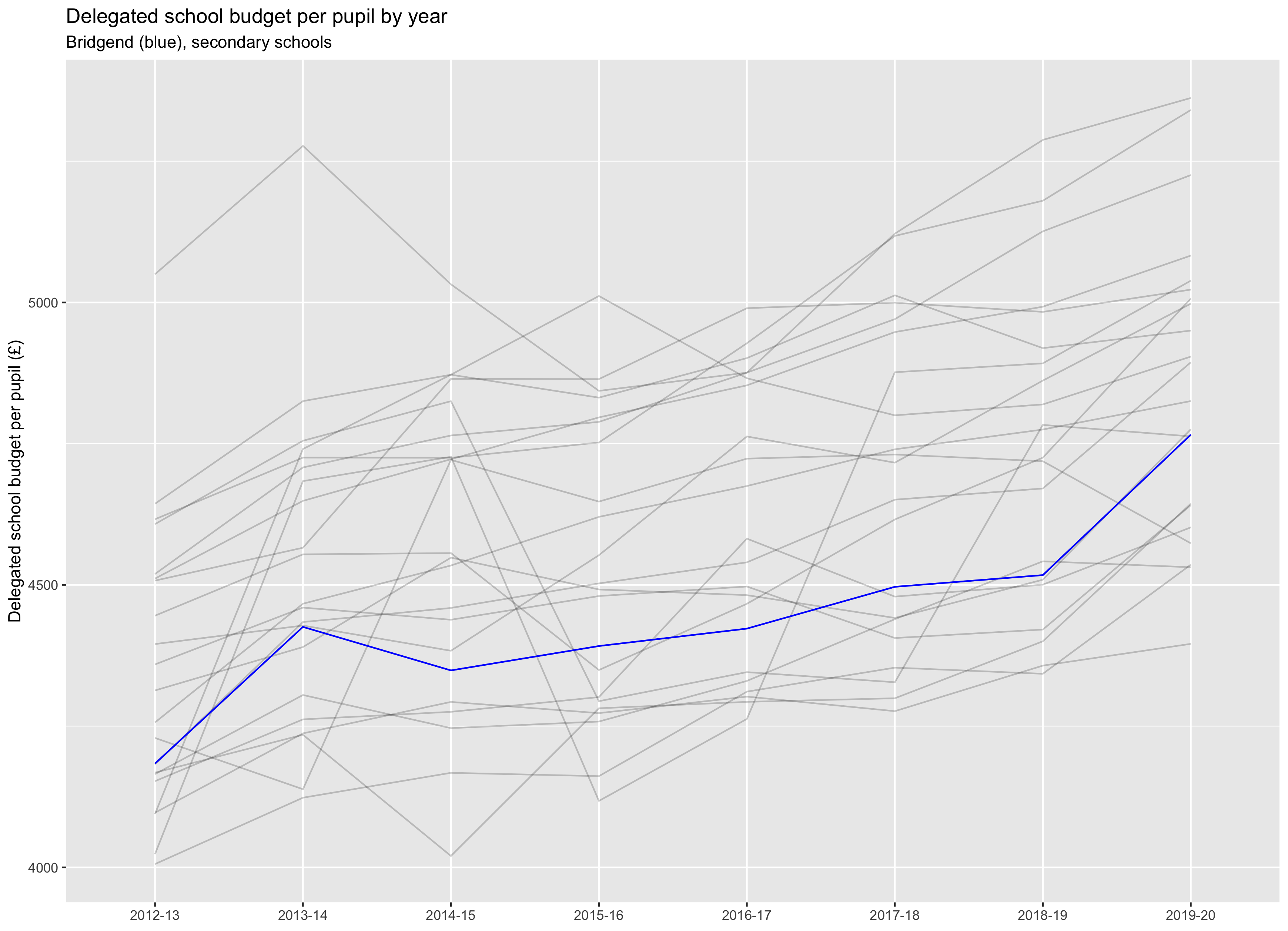 How have financial reserves in Bridgend changed

Bridgend's primary schools on average have the second smallest financial reserves in Wales at a rate of £26.43, and of the 48 primary schools, 18 ended 2018-19 in deficit. The situation has worsened since 2015–16.

Bridgend's secondary school sector has on average a small deficit (£-21.65), ranking 13th in Wales. Four out of nine secondary schools ended 2018-19 with deficits. The situation has declined steadily over the past few years. 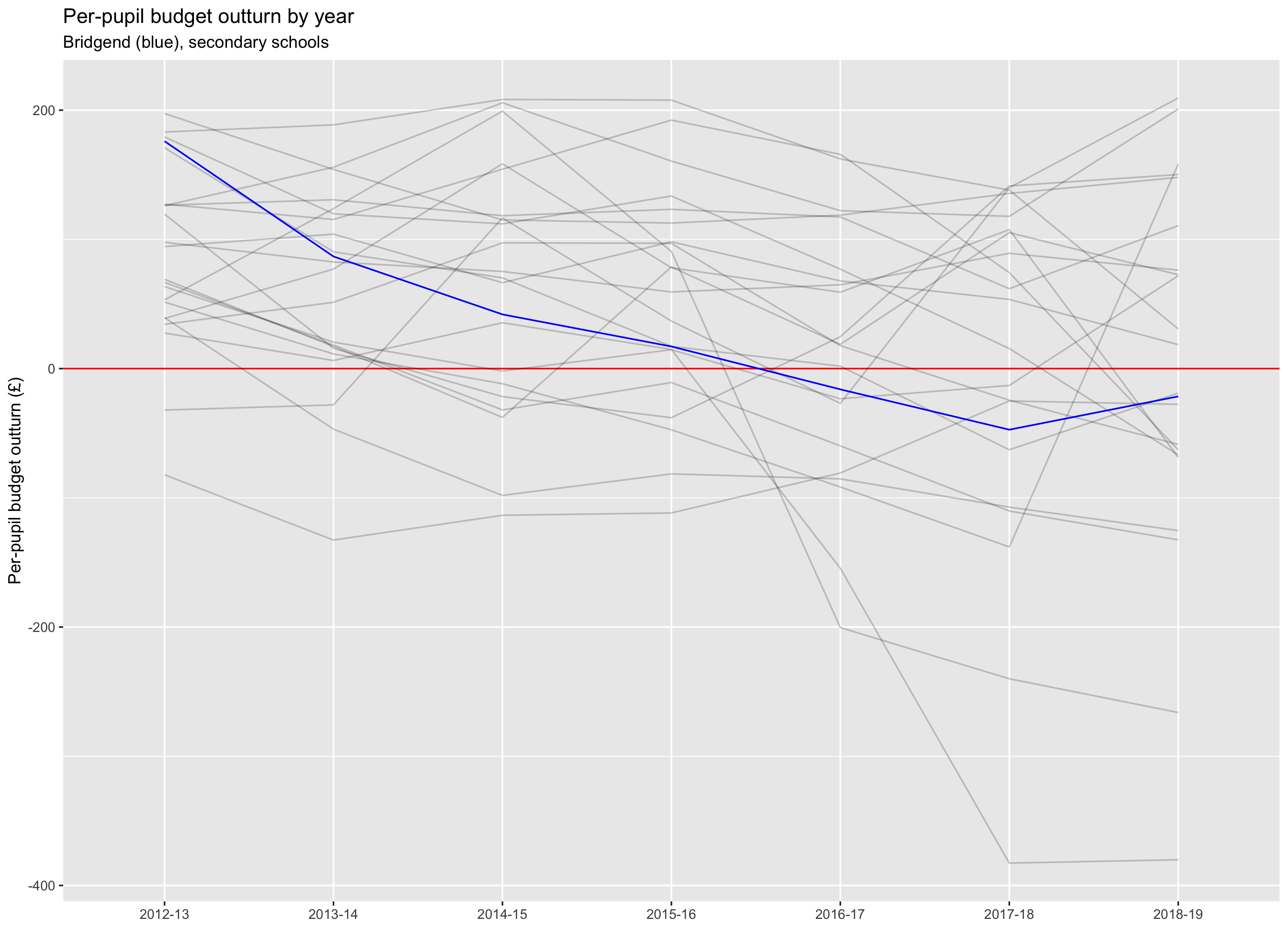 Both of Bridgend's specials schools have surpluses, with an average per pupil surplus of £1100.